What is a Microgrid?

A new way to provide resiliency and sustainable power

For decades, most countries relied on large power grids to fulfill electricity needs. However, many territories in the world still suffer from a defective or non-existent power grid. That is amplified by economic and demographic growth of the population that increases the demand which is expected to increase 57% by 2050.   With the falling cost of decentralized technologies, the use of multiple local energy generation units, called microgrids, is expanding. More than 2258 projects has been tracked down worldwide. These microgrids, are mostly used in the industrial and commercial field as well as powerplants to feed cities and industrial facilities, as they offer a more competitive and reliable energy supply alternative than centralized power grids.

What is a microgrid?

A microgrid is an energy distribution network that relies on local means of producing electricity. It is designed to operate independently or in synchronization with the national network, within a defined area. In order to enable isolated or remote areas to secure their economic activity and benefit from reliable energy, it is necessary to ensure the production and distribution of electricity. It is also an opportunity to profit from clean distributed and renewable energy. Note : The term microgrid is also often used to describe nano-grids and mini-grids. There is no exact definition but we can set them appart:

Microgrids can operate independently or in synchronization with the electricity grid, ensuring the supply with local and reliable energy at all times.

What is a microgrid made of?

A microgrid is typically composed of: 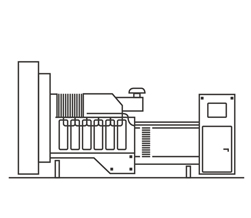 Fuel generators or gensets: Most microgrids relies on gensets. They are a safe and reliable electricity source for all countries. Fuel is easily stored and with high power factor, it is less demanding/it is easily managed. The issue with fossil fuel us that the price is dependant on economical and political events. This leads to financial uncertainties for companies and utilities using it as their main energy source.  Despite fuel being available everywhere, the logistic can be challenging and steeply raise the final costs while increasing greenhouse gas (GHG) emissions. 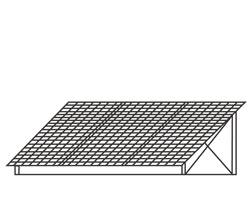 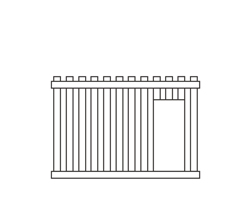 Energy storage solutions (batteries generally Lithium or Lead Acid): Energy Storage is one of the trending domain of the energy sector. With the falling cost of Energy Storage Systems (ESS), batteries are seen as a solution for the lack of reliability of green energies as they can make up for their intermittency. However, batteries are still expensive and can not compensate fully the unregular power generation. 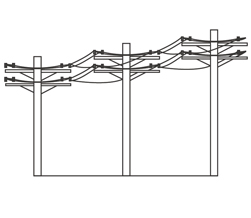 Power Grid (if available): Whether it is on grid or off grid the set of the frequency of the microgrid will be different, either assured by the grid, the gensets or the batteries if needed. 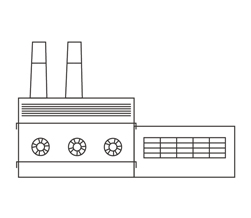 Load: It can be commercial, industrial or residential. This is the energy demand which is the most important point for a microgrid. As its goal is to ensure a safe, reliable and affordable energy supply.
Microgrids have become competitive with drastically lower prices thanks to the steep drop of costs of some components,in particular, photovoltaic panels, batteries and the development of energy management systems (EMS) and PowerPlant Controllers.

Best use of microgrids?

Microgrids are most adapted to territories with insufficient or deficient power supply, for an affordable reliable and local energy.

Some buildings generally rely on a deficient grid or are limited in power demand in the area. That’s why they already equipped with gensets on site.

Here are some examples found :

The integration of local renewable energy production and energy storage enables industrial building in isolated regions to limit the multiple outcomes of a possible network outage. They are also a perfect choice for remote rural areas. To this day there are still 646 million people in the world who live without access to electricity. Thanks to microgrids, remote regions could be supplied by hybrid systems, using solar photovoltaic systems or any other renewable energy source, storage batteries, and generators.

The use of microgrids is gradually increasing and as you can see in "PV/Diesel hybrid sector in 2019: 6 months in, what happened?" the field is in constant movement. Distributed energy resources allow electricity to be generated closer to where it is used, protecting businesses and institutions from unexpected power outages; providing a greener and more reliable energy source alternative.

The use of microgrids is gradually increasing and as you can see in "PV/Diesel hybrid sector in 2019: 6 months in, what happened?" the field is in constant movement. Distributed energy resources allow electricity to be generated closer to where it is used, protecting businesses and institutions from unexpected power outages; providing a greener and more reliable energy source alternative.

What is a solar hybrid microgrid?

What Is a Solar Diesel Hybrid System?

PV/Diesel hybrid sector in 2019: 6 months in, what happened?